Link: NEW RESOURCE: The Little Sisters of the Poor Website 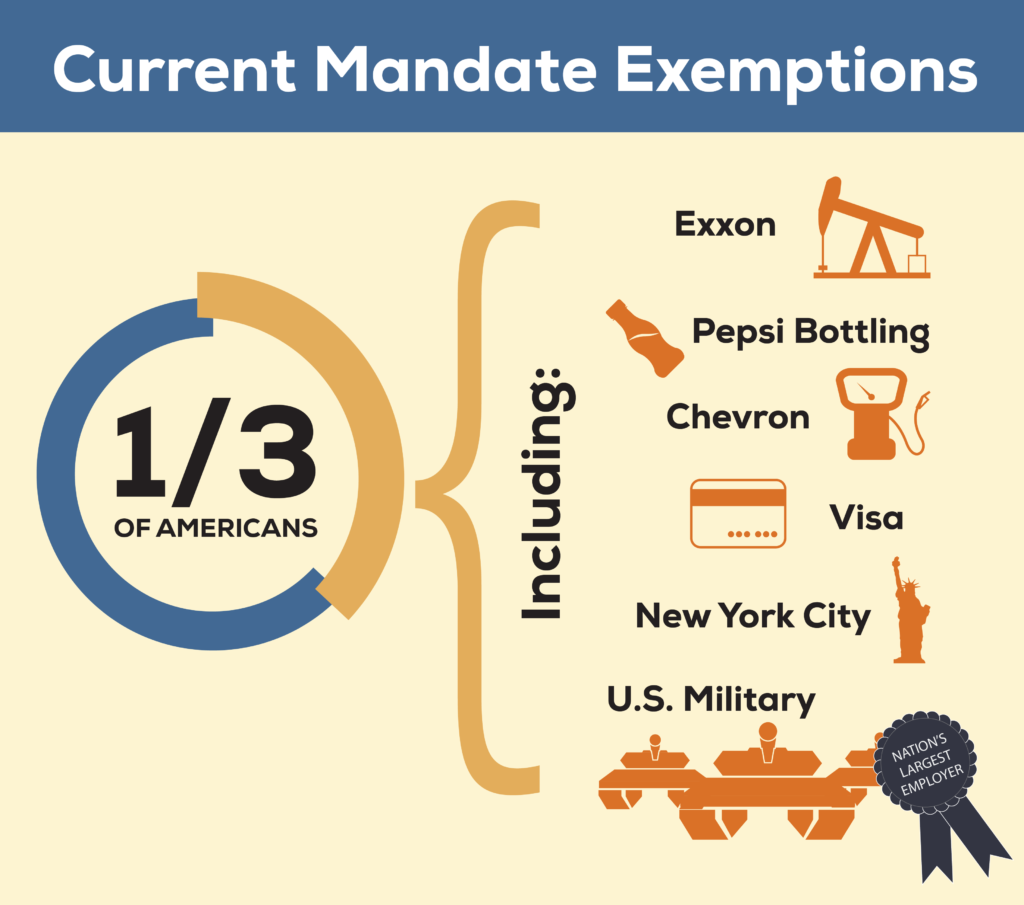 WASHINGTON, D.C. – According to the government’s own statistics, one in three Americans do not have health insurance plans covered by the HHS mandate. HHS has exempted plans for big corporations like Exxon and Pepsi Bottling, huge cities like New York City and the world’s largest employer — the U.S. military — are exempted.

This information and more is detailed in a new website for Little Sisters of the Poor, which has trended on Facebook and become a valuable resource about the case since its launch two weeks ago. The Little Sisters of the Poor, a group of Catholic nuns who care for the elderly poor, have asked the Supreme Court  to protect them from the government mandate forcing them to provide drugs and devices — such as ella and the week after pill — against their Catholic faith.

In a nation of 320 million people, the best the government can claim is that “well over 100 million employees and dependents” are covered by the mandate. Why did they come up short by hundreds of millions of people?  Because the government’s own statistics show that one in three Americans are exempted from the mandate.

In its arguments to the Supreme Court, the government admits that women who are not covered by the mandate can still access contraception through other means, such as on a family member’s plan or through the government’s own insurance exchanges. But it then bizarrely argues that exempting the Little Sisters and letting the nuns’ employees get contraceptives the same way would pose a serious threat to the government’s goal of providing universal free access to contraception and early-term pharmaceutical abortion, thus harming the “harmonious functioning of a society like ours.”  The Little Sisters of the Poor have simply asked to be exempt too, and have suggested the government could better meet its goals if it provided services through the healthcare exchanges for everyone instead of trying to force religious plans to offer these services that violate their beliefs.

It’s the perfect solution. Using the healthcare exchanges, which the government has hailed as an “easy and fast” healthcare option for millions of Americans, would protect both the Little Sisters of the Poor’s religious freedom and the government’s goal to provide free access to these services to women who want them.

The Little Sisters of the Poor have  received widespread support in their case, including from a diverse coalition of religious leaders representing Jewish, Muslim, Hindu, Native American, Catholic, Protestant, and other faiths as well as over 200 Democratic and Republican Members of Congress. More than 40 friend-of-the-court briefs were filed at the U.S. Supreme Court on behalf of the  Little Sisters (view full list). The Little Sisters’ case, along with several other religious ministries, will be heard March 23.

For more information or to arrange an interview with an attorney contact Melinda Skea, director of communications at 202-349-7224 or media@becketlaw.org.

Becket is a non-profit, public-interest law firm dedicated to protecting the free expression of all religious traditions  and has a 100% win-rate before the United States Supreme Court. For over 20 years, it has successfully defended clients of all faiths, including  Buddhists, Christians, Jews, Hindus, Muslims, Native Americans, Sikhs, and Zoroastrians  (read more here).