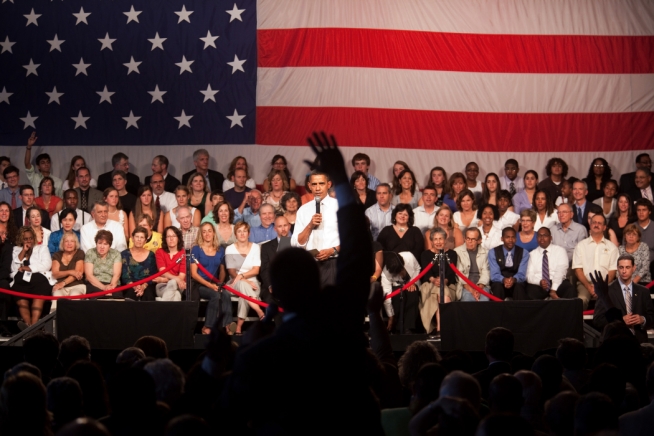 Today, the president of the U.S. Conference of Catholic Bishops and Archbishop of New York, His Eminence, Timothy Cardinal Dolan, joined more than 500 leading scholars, university presidents and other academic administrators, activists, and religious leaders from a multitude of faiths, in a statement rejecting the governmental Health and Human Services mandate requiring employers to provide, directly or indirectly, insurance coverage for abortion-inducing drugs, sterilizations, and contraceptives, and also rejecting President Obama’s so-called “accommodation” of religious liberty as a mere “accounting trick” that changes nothing of moral substance.

Not only is this an alliance of Catholics, Protestants, Eastern Orthodox Christians, Latter-Day Saints, Jews, Muslims, and others; the list of signers includes people from across the political spectrum–liberals, conservatives, and people fitting into neither category. This is an unprecedented coming together of people to defend religious liberty and the rights of conscience against a deeply misguided and unjust governmental action.

Related developments: Asma Uddin of Becket Law will be testifying on this matter before the House Judiciary Committee tomorrow, Tuesday, February 28. Professor Carter Snead will be speaking at a Federalist Society event on this matter on Thursday, March 1.

For more information or to arrange an interview with one of the drafters of the letter, please contact Melinda Skea at media@becketlaw.org or call 202.349.7224.