Echoes of 1940: New Mexico Supreme Court turns back the clock on free expression By: Lori Windham, Senior Counsel at the Becket Fund for Religious Liberty 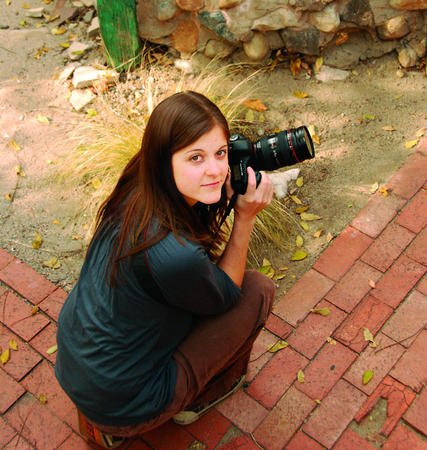 By: Lori Windham, Senior Counsel at the Becket Fund for Religious Liberty

The Elane Photography decision handed down by the New Mexico Supreme Court last week is notable for many things. Chief among them is a concurrence by Justice Bosson, which chillingly describes the sacrifice of free speech and religious freedom as “the price of citizenship.”

Others will doubtless critique the majority opinion and the concurrence at length. I’ll leave the major points to them and instead focus on a comparison that might be overlooked. The concurrence distinguishes Elane Photography from the flag salutes at issue in West Virginia v. Barnette, and tramples on both law and history in the process.

After citing Barnette, the concurrence compares the owners of Elane Photography not to the Barnette children, but to the Virginia judge who upheld anti-miscegenation statutes in Loving v. Virginia. The comparison is laughable: the photographers are not conscripting the powers of the state to imprison same-sex couples. Nor were they, as the court would have it, discriminating according to status—they did not refuse to photograph people simply because of their sexual orientation. They were merely asking not to use their artistic expression to celebrate a religious ceremony with which they disagreed. Like the children in Barnette, whose religion forbade them from saluting the flag, the photographers’ religion forbids them from profiting from or participating in a same-sex wedding. As in Barnette, the First Amendment should have prevailed.

Drawing parallels to the Civil Rights Act, the concurrence goes on to make a distinction between purely personal, private beliefs (allegedly those at issue in Barnette), and public actions, which may harm others. But that distinction rests on a fundamental misunderstanding of Barnette. A good look at the case reveals that both the concurrence and the majority got it wrong.

The history of Barnette and its predecessor, Minersville School District v. Gobitis, is dark and fascinating. Gobitis was handed down in 1940, with national unity a priority as Hitler’s troops marched through France. The Court framed the question as whether the First Amendment protected “conduct which appears dangerous to the general good.” Minersville Sch. Dist. v. Gobitis, 310 U.S. 586, 593 (1940). Gobitis upheld compulsory flag salutes in schools, ruling that giving up one’s religious beliefs in order to salute the flag was, well, the price of citizenship.

Gobitis could not have come at a worse time for Jehovah’s Witnesses. In addition to their refusal to salute the flag, the group were pacifists, refusing to bear arms in support of their country. As documented in the book Judging Jehovah’s Witnesses: Religious Persecution and the Dawn of the Rights Revolution, the reaction was swift and severe. Already unpopular, Jehovah’s Witnesses were now viewed as outright traitors. It was widely believed that the rapid fall of France was due to a “Fifth Column” of Nazi sleeper agents, and paranoia about a similar attempt in the United States was running high. Due to the Jehovah Witnesses’ refusal to salute the flag, many believed they were Nazi sympathizers, or even the dreaded “Fifth Column.” (In a tragic irony, Jehovah’s Witnesses in Germany would later be sent to concentration camps for their refusal to salute Hitler.) School expulsion was a mild punishment for Jehovah’s Witnesses—a Kingdom Hall was burned to the ground in Maine, a group was forcibly marched out of Odessa, Texas. It soon became clear to the Court that an attempt to promote national unity was instead deepening divisions between fellow citizens.

Seeing what Gobitis had wrought, the Supreme Court took the highly unusual step of reconsidering the matter. Justices made public comments suggesting that Gobitis had been a mistake, and another lawsuit was filed on behalf of two young girls who were sent home every day for refusing to salute the flag. So in 1943, during the height of World War II, the Supreme Court heard arguments in West Virginia v. Barnette.

The resulting opinion was not a treatise on the price of citizenship, but a ringing endorsement of civic dissent. Every Con Law student can quote from memory: “If there is any fixed star in our constitutional constellation, it is that no official, high or petty, can prescribe what shall be orthodox in politics, nationalism, religion, or other matters of opinion or force citizens to confess by word or act their faith therein.” W. Virginia State Bd. of Educ. v. Barnette, 319 U.S. 624, 642 (1943).

Was this dissent personal and private? Hardly. The actions of the Gobitas and Barnette children were seen in their day as an assault on citizenship and a danger to the community. As the Supreme Court wrote in Gobitis: “National unity is the basis of national security.” Minersville Sch. Dist. v. Gobitis, 310 U.S. 586, 595 (1943). That made the Barnette decision all the more striking. The stakes were impossibly high, but the Constitutional guarantee of free speech was higher. The Barnette court’s vision of speech, unlike the New Mexico Supreme Court’s, was one in which minority groups could continue to live according to their beliefs and still participate in public life. It was a triumph of diversity over state-enforced uniformity.

Elane Photography dismisses Barnette as a case where no third-party rights were at stake. But at the very heart of the decision is the authority of the state to make demands of its citizens and take steps to promote civic duties. Barnette’s conclusion was that coerced speech did little to promote the government’s goals.

Today, even deeply patriotic Americans celebrate the decision in Barnette. We see it not as a validation of anti-American sentiment, but as a celebration of the freedoms upon which our nation was founded. It teaches us that disagreement and dissent are not detriments to national unity, but evidence of a healthy democracy.

In the same way, Americans with differing views on God, sex, and marriage should lament the Elane Photography ruling. It’s not a victory for gay rights so much as it is a loss for the First Amendment. It subordinates long-held freedoms of religious and artistic expression to the latest government decree. It announces that those whose beliefs differ from the prevailing orthodoxy must use their expression to glorify different belief systems, or else surrender their businesses and their livelihoods. That is, after all, “the price of citizenship.”