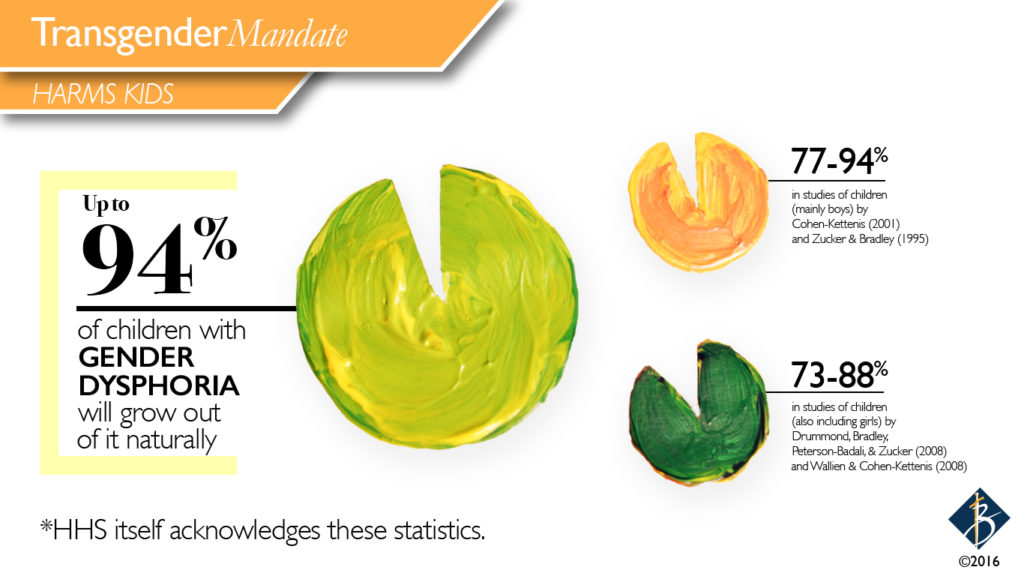 WASHINGTON, D.C. – Moments ago a Texas court protected the rights of families and their doctors to make medical decisions for their child free from government bureaucrats’ interference.

The court ruling comes after eight states, an association of almost 18,000 doctors, and a Catholic hospital system challenged a federal regulation that requires doctors to perform gender transition procedures on children, even if the doctor believes the treatment could harm the child. Doctors who followed their Hippocratic Oath to act in the best interest of their patient would have faced severe consequences, including losing their job.

“This is a common-sense ruling: The government has no business forcing private doctors to perform procedures that the government itself recognizes can be harmful, particularly to children, and that the government exempts its own doctors from performing,” said Lori Windham, senior counsel at Becket, which filed a lawsuit against the new federal regulation. “Today’s ruling ensures that doctors’ best medical judgment will not be replaced with political agendas and bureaucratic interference.”

The new regulation applied to over 900,000 doctors—nearly every doctor in the U.S.—and would have cost healthcare providers and taxpayers nearly $1 billion. The government itself does not require its own military doctors to perform these procedures. It also does not require blanket coverage of gender transition procedures in Medicare or Medicaid—even in adults—because HHS’s experts admitted research is “‘inconclusive’ on whether gender reassignment surgery improves health outcomes,” with some studies demonstrating that these procedures were actually harmful. But a doctor citing the same evidence and using their best medical judgment would have faced potential lawsuits or job loss.

A recent website provides leading research on this issue, including guidance the government itself relies on, demonstrating that up to 94 percent of children with gender dysphoria (77 to 94 percent in one set of studies and 73 to 88 percent in another) will grow out of their dysphoria naturally and live healthy lives without the need for surgery or lifelong hormone regimens.

“This court ruling is an across-the-board victory that will ensure that deeply personal medical decisions, such as gender transition procedures, remain between families and their doctor,” said Windham.