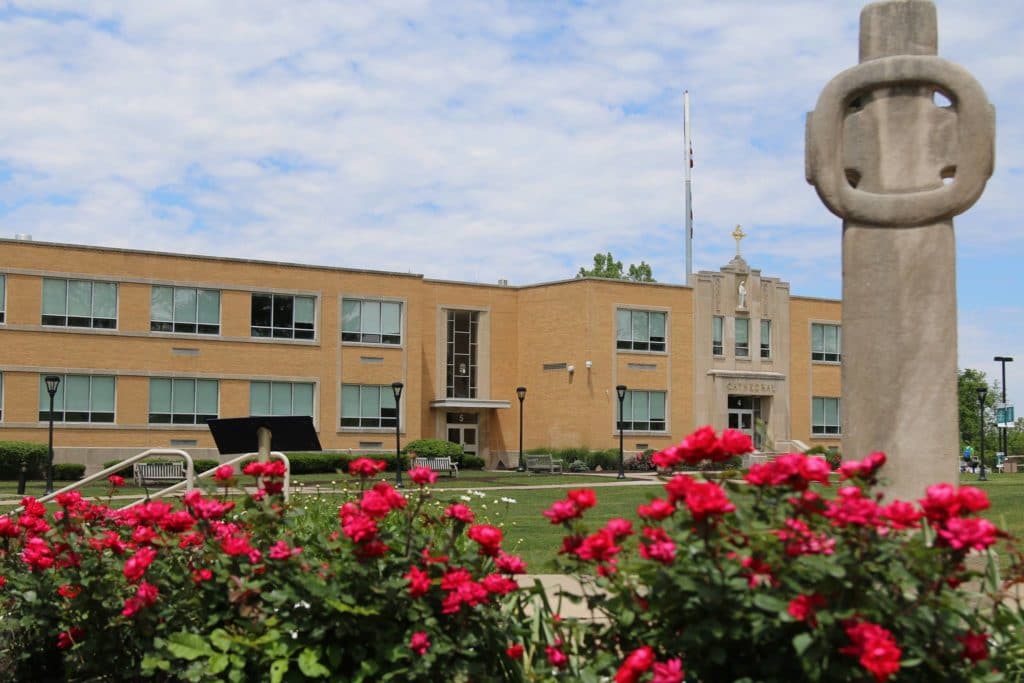 WASHINGTON – The Indiana Supreme Court just unanimously protected the Archdiocese of Indianapolis’ right to ensure students and families receive an authentic Catholic education. In Payne-Elliott v. Archdiocese of Indianapolis, the state’s highest court upheld religious institutions’ ability to choose the religious values that they will pass on to the next generation.

Catholic school teachers in the Archdiocese of Indianapolis sign an agreement to uphold the teachings of the Catholic Church in word and deed. In 2017, Joshua Payne-Elliott, who taught at Cathedral Catholic High School in Indianapolis, entered a same-sex union in violation of both his employment agreement and Catholic teaching. After an extensive period of discernment and dialogue with the Archdiocese of Indianapolis, it was made clear to Cathedral that it needed to require teachers to uphold Church teaching to remain affiliated with the Catholic Church. After Cathedral separated from Mr. Payne-Elliott and provided him with a settlement, he sued the Archdiocese.

“Courts can’t decide what it means to be Catholic—only the Church can do that,” said Luke Goodrich, VP & senior counsel at the Becket Fund for Religious Liberty. “By keeping the judiciary out of religious identity, the Indiana Supreme Court just protected all religious institutions to be free from government interference in deciding their core religious values.”

An Indiana trial court originally dismissed the lawsuit in favor of the archdiocese, but Payne-Elliot appealed the decision. After the Indiana Court of Appeals reinstated the lawsuit, the Becket Fund for Religious Liberty asked the Indiana Supreme Court to review the case.

“The court’s decision today was a commonsense ruling in favor of our most fundamental rights,” said Goodrich. “Religious schools will only be able to pass down the faith to the next generation if they can freely receive guidance from their churches on what their faith is. We are grateful the court recognized this healthy form of separation of church and state.”