Christmas Wars, Round 43: More Reason to Fix Our Broken Church-State Jurisprudence By Lori Windham, Senior Counsel at the Becket Fund for Religious Liberty 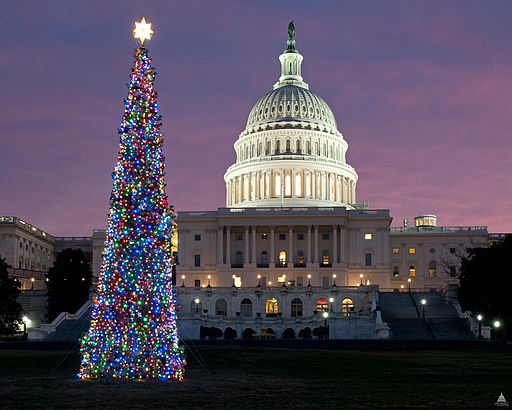 By Lori Windham, Senior Counsel at the Becket Fund for Religious Liberty

This week marks the start of the Supreme Court’s 2013 term. It also marks the return of the Christmas wars, that special time of year when we repeat our nation’s annual argument over the meaning of the First Amendment’s ban on “establishment of religion.”

The Christmas wars got an early start this year. They were kicked off by a news report that a school district in Wisconsin was cancelling Christmas and Hanukkah concerts and requiring that any religious song be paired with four secular songs. That report has created a public firestorm, and provoked a lengthy clarification from the school district. It all began when local bureaucrats, fearful of doing anything that might invite the ire of the Freedom From Religion Foundation, declared that holiday concerts could only occur if religious songs were offset by a number of secular songs—say, a four-to-one ratio. The rules were so onerous that the high school’s Master Singers choir canceled their Christmas concerts entirely.

The school’s solution won’t satisfy hypersecularists like Freedom From Religion Foundation, who want no mention of the religious nature of religious holidays. It won’t satisfy religious believers, who don’t want faith to be treated like some sort of contagion in the public square. It’s a solution only a bureaucrat could love.

The start of the 2013 Christmas wars and the start of the Supreme Court’ s new term are not unrelated. That’s because this term, the Supreme Court might have the opportunity to fix some of the judge-made law that sparked these controversies in the first place. In November, the Court will hear arguments in Town of Greece v. Galloway, a case over the legality of prayers before town council meetings. At first blush, that might not have much to do with the fate of a school concert. But at stake is nothing less than the meaning of the Establishment Clause itself—a confused and confusing area of law. The muddled decisions of the Supreme Court have created uncertainty over when, exactly, a Christmas concert ought to become a federal case.

The Becket Fund filed an amicus brief in Greece v. Galloway, arguing that the Court should interpret the Establishment Clause according to its original understanding. In short, “the Founders understood an ‘establishment of religion’ to consist of four key elements— (1) government financial support of the church, (2) government control of the doctrine and personnel of the church, (3) government coercion of religious beliefs and practices, and (4) government assignment of important civil functions to the church—all linked by an underlying concern about state coercion to participate in religious activity.”

School concerts involving religious music don’t fall into any of these categories. Nor do prayers offered at the opening of legislative meetings, as was common at the time the First Amendment was written. The Supreme Court will have the opportunity to clear up decades of muddled jurisprudence when it decides Greece, and I hope it takes the opportunity to do so.

If the Supreme Court does the right thing, perhaps this December will be the last installment of the Christmas wars. Now that would be something to sing about.