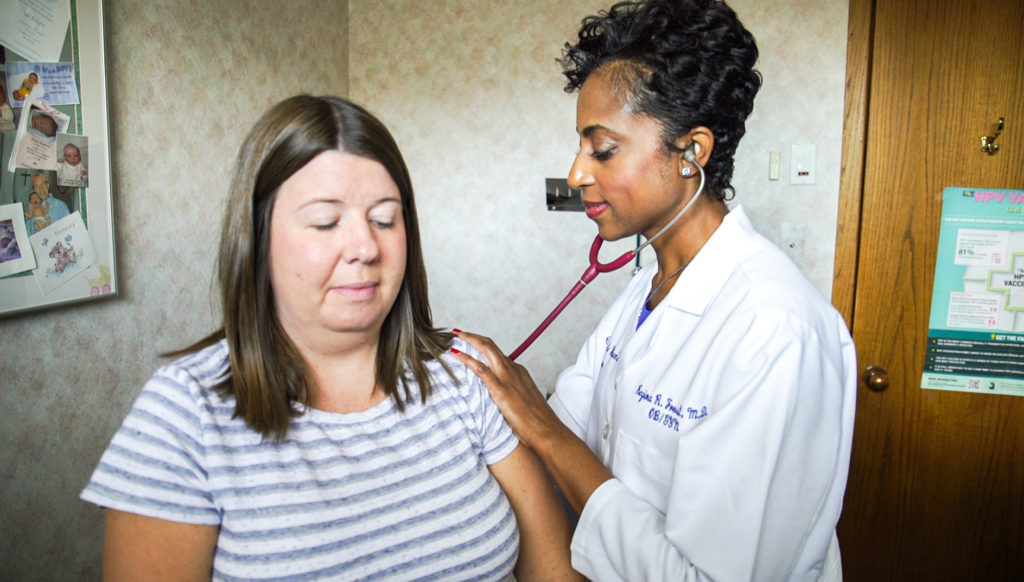 WASHINGTON – Religious medical professionals in New York have announced that they appealed a district court’s decision to block vital conscience protections for doctors and nurses. In New York v. HHS, the Becket Fund for Religious Liberty is defending Dr. Regina Frost and the Christian Medical & Dental Associations (CMDA) from attempts by Planned Parenthood and New York officials to force religious doctors to perform life-ending procedures that violate their consciences. The Trump administration has until Jan. 6 to join the appeal from the district court’s decision, which struck down one of the administration’s signature regulations.

In May 2019, the U.S. Department of Health and Human Services (HHS) issued a Conscience Rule to better enforce longstanding, bipartisan laws that, for decades, have promised to allow religious doctors, nurses and healthcare professionals to serve patients without being required to violate their consciences. Medical professionals of all faith backgrounds and with moral objections rely on these well established protections. The Rule holds HHS funding recipients to agreements that they made under existing federal statutes to accommodate religious health professionals. But several states and abortion provider and advocacy organizations—including the State of New York and Planned Parenthood, which have long accepted HHS funds—immediately sued to avoid enforcement of their existing agreements under the Rule and to push religious healthcare professionals like Dr. Frost out of the medical profession.

“My faith is at the heart of who I am. It is what drives me to put the needs of women and their children first every day, and to serve everyone in my care with dignity and respect,” said Dr. Regina Frost. “If the government forces me to violate my faith and my medical judgment to perform abortions, I’ll have no choice but to leave the profession.”

Dr. Frost is an OB-GYN and one of nearly 19,000 medical professionals in CMDA serving vulnerable populations in the United States and abroad. Across the country, CMDA members serve the homeless, prisoners living with HIV, and victims of opioid addiction, sex trafficking, and gang violence. Overseas, CMDA members serve in war zones, refugee clinics, and remote areas without quality healthcare. The lawsuit by Planned Parenthood and New York needlessly threatens the health and well-being of at-risk, underserved populations across the globe. New polling shows that healthcare professionals are committed to serving all patients but are facing increasing pressures to perform in certain procedures, which they believe end life and violate their faith—and these pressures could force 91 percent of religious doctors out of the medical field.

In Nov. 2019, a New York district court ruled against the Conscience Rule. Yesterday, Dr. Frost and CMDA appealed this ruling to the U.S. Court of Appeals for the Second Circuit. The deadline for the Trump administration to appeal the district court’s decision is Jan. 6, 2020.

“Like an ideological Grinch stealing conscience rights, Planned Parenthood is robbing not only religious doctors and nurses but also the patients that they serve,” said Daniel Blomberg, senior counsel at Becket. “To hear Planned Parenthood tell it, one pro-life OB-GYN is one too many. That’s wrong and it’s bad for healthcare. In a big, diverse country like ours, we can ensure that everyone will receive the care they need while still respecting the consciences of religious doctors and nurses.”