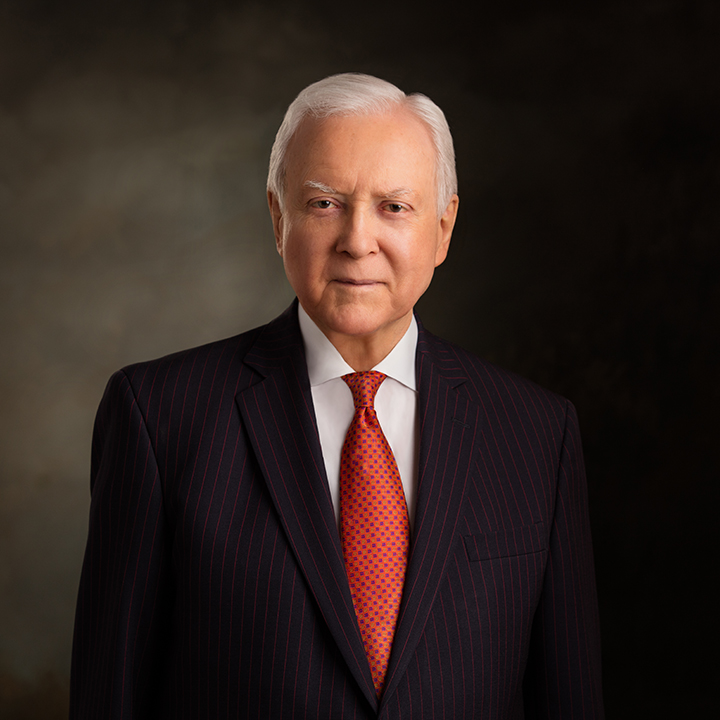 WASHINGTON – Due to the COVID-19 pandemic, Becket postponed its annual Canterbury Medal Gala to October 15. Becket will bestow religious liberty’s highest honor, the Canterbury Medal, on Utah Senator Orrin G. Hatch on Thursday, October 15 in New York City. Hatch was named Becket’s 2020 Canterbury Medalist for his instrumental role in the passing of fundamental legislation in defense of religious liberty for people of all faiths. The Canterbury Medal recognizes an individual who has demonstrated courage and commitment to defending religious freedom in America and around the world. Senator Hatch’s legacy is marked by civil discourse, principled leadership and unfailing dedication to the defense of religious liberty for all. At a time when our country is experiencing so much unease and unrest, the right to exercise our religious freedom is more important than ever, and to honor a man who championed this right throughout his career is particularly fitting.

In his 42 years of service, Senator Hatch became the longest-serving Republican and Utahan in U.S. Senate history and earned a reputation as one of the most effective and bipartisan lawmakers of all time. In addition to sponsoring or co-sponsoring over 750 bills that became law, one of his most prized legislative successes was the Religious Freedom Restoration Act (RFRA) of 1993, which was passed by overwhelming majorities in both houses of Congress and signed into law by President Bill Clinton. In 2000, Senator Hatch was the primary author of the Religious Land Use and Institutionalized Persons Act (RLUIPA), which passed unanimously in both houses of Congress.

“Over more than four decades of Senate service, I worked to build coalitions of common interest to preserve religious liberty for people of all faiths. Protecting these rights is essential to the future of our republic,” said Senator Orrin G. Hatch. “Receiving the Canterbury Medal is an incredible honor, and I am committed to always live worthy of it by remaining steadfast in my devotion to religious liberty.”

“Few lawmakers have done more for the cause of religious liberty than the ‘Father of RFRA,’ Senator Orrin G. Hatch,” said Mark Rienzi, president of Becket. “Senator Hatch’s legacy of championing protections for people of all faiths—and working across partisan lines to do so—has greatly strengthened religious liberty in the United States. His vital efforts will not soon be forgotten by advocates for religious liberty and those who can now freely practice their faith.”