Breaking: Christian student group back in from the cold - Becket
Skip to Content
Press Release

Breaking: Christian student group back in from cold 48 hours after being sued, Michigan university backs down, allows religious group to ask its leaders to share its faith 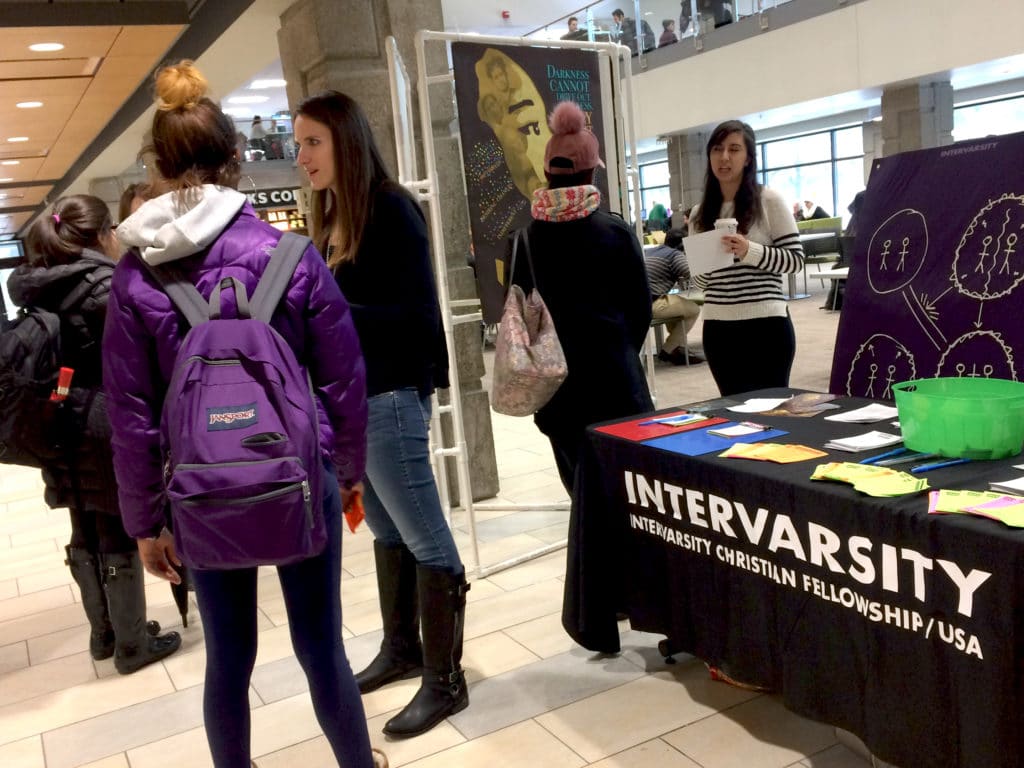 WASHINGTON, D.C. – Minutes ago, news outlets broke the announcement that a Christian student group was—at least temporarily—allowed back on campus just two days after the group asked a federal court to protect its right to choose leaders who affirm its faith. In InterVarsity Christian Fellowship v. Wayne State University, a Christian student group, which had been on campus for 75 years, was derecognized by Michigan-based Wayne State University because the group required its leaders to embrace its faith. In response to InterVarsity’s lawsuit, the school decided that it would allow the student group back on campus. It is unclear whether the school’s change is permanent.

InterVarsity’s student group at Wayne State is one of the oldest chapters in the country. It welcomes all students to join as members, and only requires its leaders agree with its faith. But in late 2017, Wayne State said that InterVarsity’s religious leadership requirements violated school policy, even though many other school programs and student groups “violated” the same policy. The school then derecognized InterVarsity, cancelled the group’s reserved meetings, and forced it to pay thousands of dollars if it wanted to continue holding Bible studies on campus. The school ignored months of requests from InterVarsity to allow it back on campus, until today.

“Being part of our school community has meant the world to us, and we’re so glad that Wayne State is letting us back on campus,” said Cristina Garza, former president and current member of the InterVarsity Christian Fellowship group that had been kicked off campus. “We hope the school will make this change permanent, so no other students have to go through what we’ve been through over the last six months.”

InterVarsity’s Wayne State chapter has held weekly Bible studies, meetings, and organized service opportunities on campus for over 75 years. For instance, the group volunteers in the summers to clean up trash and repair school buildings in downtown Detroit, and just last week participated in a local food pantry event.

“It’s good that Wayne State saw the light after it felt the heat,” said Lori Windham, senior counsel at Becket, which represents InterVarsity. “But after putting these students through the runaround for months, a last-minute change of heart is hardly enough. This kind of official religious discrimination should never happen again. And Wayne State needs to return the thousands of dollars it charged the student group.”

Today’s about-face came after Becket told Wayne State it would be seeking an emergency court order to reinstate the student group. InterVarsity and Becket are reviewing the school’s decision to determine their next steps.

** Alex Slavsky of Church Militant was the first to uncover the announcement from Wayne State University.