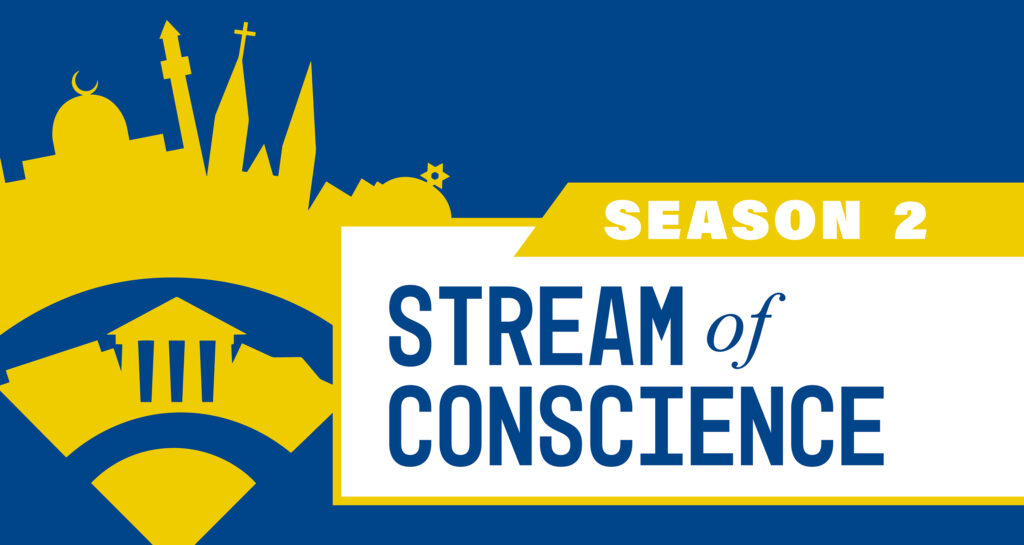 WASHINGTON– Becket has just released Season 2 of Stream of Conscience, its highly acclaimed religious liberty podcast. In this brand-new season, hosts Katie Geary and Dr. Angela Wu Howard lead listeners on a deep dive into religious liberty’s fundamental constitutional components—the Free Exercise Clause and the Establishment Clause—and explore religious freedom in relation to other fundamental rights like the freedom of speech and the right to property. Over the coming months, Becket will release a total of ten new episodes, each featuring a case with lasting impact on religious freedom in America.

In Season 2, Katie Geary and Dr. Angela Wu Howard bring to bear their collective expertise representing Americans of all faiths and telling their stories in the public square. The episodes include interviews with Americans who have put everything on the line to defend their First Amendment rights, the attorneys who have represented them, and experts in constitutional law.

“Over the past decade, the Supreme Court has demonstrated a strong appetite for protecting Religious Freedom, setting critical precedents that benefit people of all faiths, and even people of no faith at all. There’s never been a more opportune time to dive into our First Freedom and learn more about its importance to every day Americans like you and me,” said Montse Alvarado, Vice President and Executive Director of Becket. “Stream of Conscience is designed to be thought provoking for everyone—from the veteran Supreme Court advocate to the student exploring religious freedom for the first time.”

The first three episodes will include:

Episodes of Stream of Conscience Season 2 will premiere on a bimonthly basis and will be available for download on Apple Podcasts, Google Podcasts, and Spotify.

Becket is a non-profit, public-interest law firm dedicated to protecting the free expression of all religious traditions and has a 100% win-rate before the United States Supreme Court. For over 25 years, it has successfully defended clients of all faiths, including Buddhists, Christians, Jews, Hindus, Muslims, Native Americans, Sikhs, and Zoroastrians (read more here).