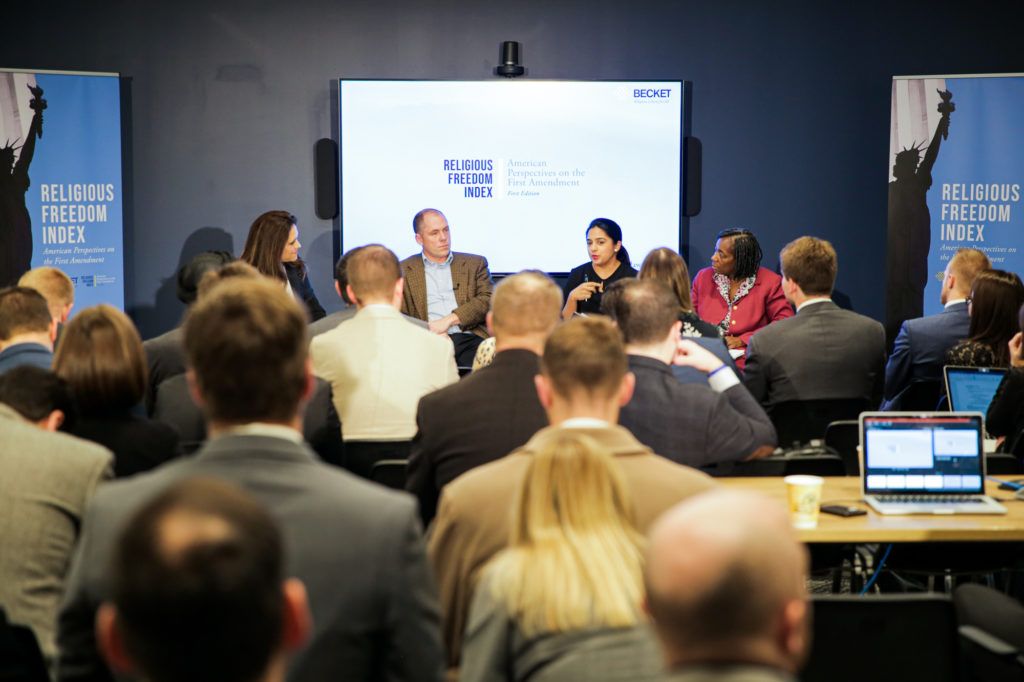 WASHINGTON – Becket has just launched the nation’s first annual Religious Freedom Index, a comprehensive study that uses rigorous scale-construction methods to track trends in perspectives on American religious freedom. The questions asked in the Index poll measure American sentiment across six dimensions of religious freedom and contribute to an annual composite Index indicator. This year’s composite score of 67 serves as a baseline for future trends. With each consecutive year, the Religious Freedom Index will become an increasingly powerful tool for all who seek to lead data-driven, meaningful conversations about broad trends in attitudes on First Amendment freedoms.

“Over the last 25 years, Becket has made a name for itself as the premier religious liberty law firm in the nation, representing people of all faiths and political views. We are eager to contribute a new tool for understanding Americans’ sentiments towards our first freedom,” said Mark Rienzi, president and senior counsel at Becket. “Over time, we hope the Religious Freedom Index will become an essential resource to anyone who studies attitudes about religion and religious freedom in America.”

The Religious Freedom Index is designed to give a 30,000-foot view of changes in American attitudes on religious freedom by surveying a nationally representative sample of 1,000 American adults each October. Rather than focus on the most hot-button issues dominating the news-cycle, questions asked in the Index cover a broad spectrum of religious freedom protections under the First Amendment. The responses to these questions statistically group into six dimensions:  1) Religious Pluralism, 2) Religion and Policy, 3) Religious Sharing, 4) Religion in Society, 5) Church and State, and 6) Religion in Action.

Surveying and scale construction for Becket’s Religious Freedom Index: American Perspectives on the First Amendment are conducted by Heart+Mind Strategies. Becket contributes its broad expertise representing people of all faiths in religious freedom cases to ensure that the polling instrument and analysis broadly reflect America’s many diverse religions and the full spectrum of religious freedom issues.