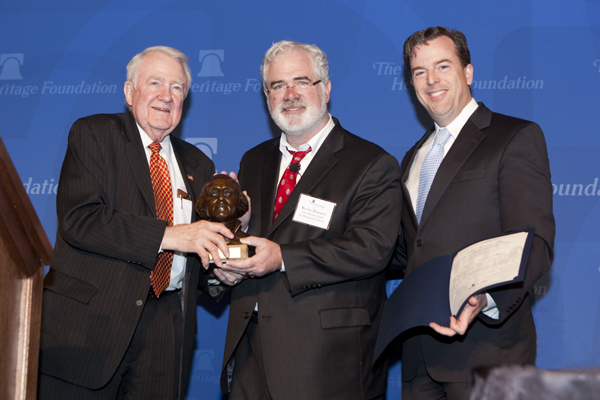 “An exemplar of principle and character, Seamus Hasson has devoted his life to advancing religious liberty, a cause at the heart of the American project,” said Matthew Spalding, vice president of American studies at The Heritage Foundation and director of its Center for Principles and Politics.

Heritage annually presents the prize, named for the late entrepreneur and philanthropist Henry Salvatori, to an American who advances the principles and virtues of the nation’s Founders. Recent winners include historian David McCullough and Princeton University professor Robert P. George.

Becket Law is a non-profit, public-interest law firm dedicated to protecting the free expression of all religious traditions. For over 20 years, it has defended clients of all faiths, including  Buddhists, Christians, Jews, Hindus, Muslims, Native Americans, Sikhs, and Zoroastrians (read more). “