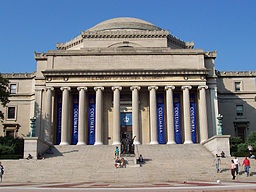 Becket denounces in the strongest possible terms the criminal attack on Prof. Prabhjot Singh Saturday night in New York City. Prof. Singh, who is a practicing Sikh and wears a beard as well as a dastaar or turban, teaches international and public affairs at Columbia University. According to news reports, Singh was walking along 110th Street in upper Manhattan when he was viciously attacked by a mob of more than 20 persons who apparently beat him while shouting anti-Muslim epithets at him, resulting in a broken jaw and other injuries.

“Americans of all faiths and none should stand together in condemnation of this attack,” said Kristina Arriaga, Executive Director of Becket. “This was most obviously an attack on both Sikhs and Muslims. But it is also an attack on all Americans who stand for the idea that a true democracy embraces the peaceful co-existence of diverse religious beliefs.” Becket wishes Prof. Singh a speedy recovery and urges the authorities to find the perpetrators and bring them to justice.”