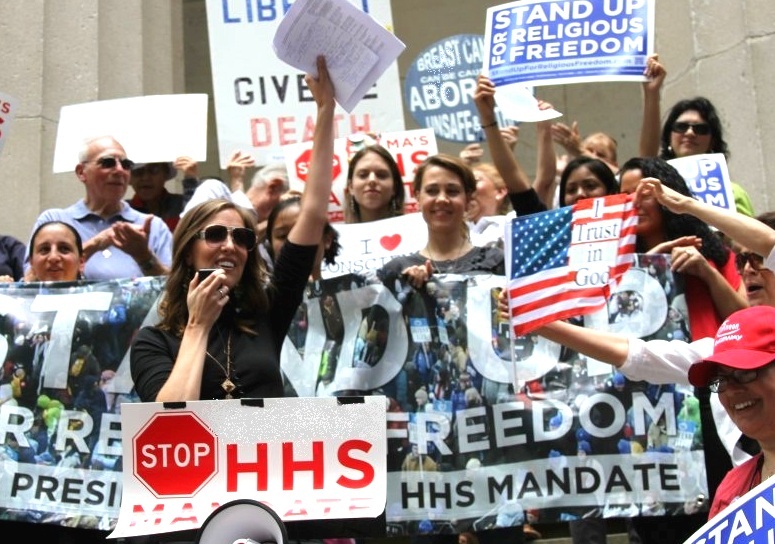 WASHINGTON, DC ─ Becket Law co-sponsored rallies organized by the “Stand Up for Religious Freedom” coalition to oppose the new mandate from the U.S. Department of Health and Human Services (HHS) that requires all employers provide free contraceptives, sterilization, and abortion-inducing drugs through their health plans, even in violation of their consciences. The rallies spread to over 140 cities nationwide, and feature leaders representing a wide range of organizations that oppose the mandate. Since October of last year, Becket has led the charge against the mandate, filing the first lawsuits challenging it.

“The administration’s mandate on religious institutions is an unprecedented breach of the Constitution,” said Lori Windham, Senior Counsel at Becket Law, who will make remarks at the Washington D.C. rally. “People of all faiths will be rallying in our nation’s capitol and around the country to fight the government’s actions and defend the rights of all Americans to practice their faith without government coercion.”

Below are the times, locations and speaker information for each of the three rallies where representatives of the Becket Fund participated.