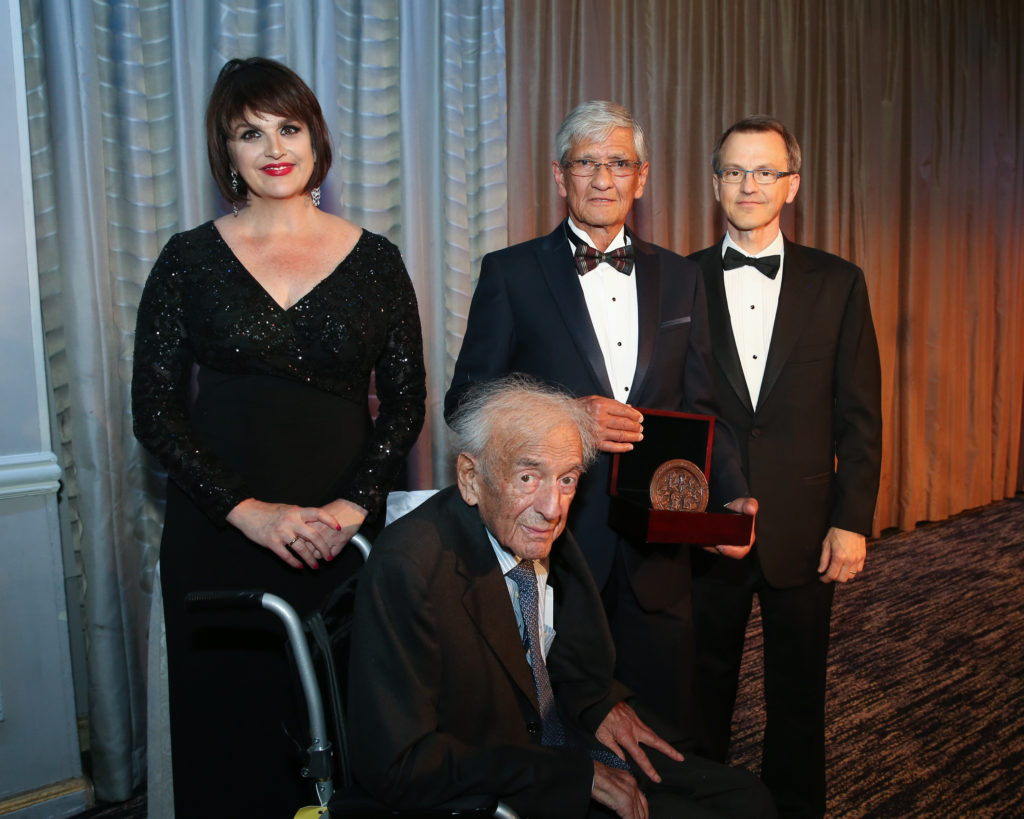 When I was 23 years old I refused to do something that at the time seemed very small. I refused to say a few words, “I’m with Fidel.” First I refused the sign on my desk at the postal office that said that, and after years of torture and watching many fellow fighters die, either in body or in spirit, I still refused to say those words.

If I just said those three words, I would have been released from prison.

For me to say those words would constituted a type of spiritual suicide. Even though my body was in prison and being tortured, my soul was free and it flourished. My jailers took everything away from me, but they could not take away my conscience or my faith.

Even when we have nothing, each person and only that person possesses the key to his or her own conscience, his or her own sacred castle. In that respect, each of us, though we may not have an earthly castle or even a house, each of us is richer than a king or queen.

And so I salute the Little Sisters of the Poor for their seemingly small act of defiance!

For many of you, particularly the young people, it may seem I come from a faraway land from a long time ago. Young friends, you may not be taken away at gunpoint, as I was for staying true to my conscience, but there are many other ways to take you away and to imprison your body and your mind. There are many ways you can be silenced, in your schools, your universities, in your workplace.

I warn you: Just as there is a very short distance between the US and Cuba, there is a very short distance between a democracy and a dictatorship where the government gets to decide what to do, how to think, and how to live. And sometimes your freedom is not taken away at gunpoint but instead it is done one piece of paper at a time, one seemingly meaningless rule at a time, one small silencing at a time. Never allow the government–or anyone else–to tell you what you can or cannot believe or what you can and cannot say or what your conscience tells you to have to do or not do.

As I look around this room I am heartened. And I want to applaud each of Becket’s clients for, in staying true to your conscience and in standing up for religious liberty, each of you protects this exceptional country of ours. A country that is not perfect but nevertheless still allows us to live in a society where we can hold a different view from each other and a different view from the government.

Thank you for this award.  I accept it in the name of the thousands of Cubans that used their last breath to express their own religious freedom, by shouting, as they faced execution: “Long Live Christ the King.” I accept it in the name of those who still suffer in Cuba–a country that in the last two years alone has destroyed more than 300 churches and houses of worship persecuting Baptists, Methodists, Anglicans and confiscating their Bible and crosses while beating their pastors and parishioners. I accept it in the name of the Jewish community in Cuba who, even at such small numbers, is also still persecuted. Finally, I accept this award in the name of my wife.  It is really her that deserves it, not me. All of you have heard the story of Penelope, who waited 20 years for Ulysses. Martha is a real life Penelope. But she didn’t stay home knitting. She traveled all over the world campaigning for my release. She waited for me. She always hoped and trusted in God that we would both be reunited Against All Hope.