AG Shapiro: Little Sisters unwelcome in City of Brotherly Love Little Sisters of the Poor and supporters gathered outside Philadelphia court while hearing inside decides their fate 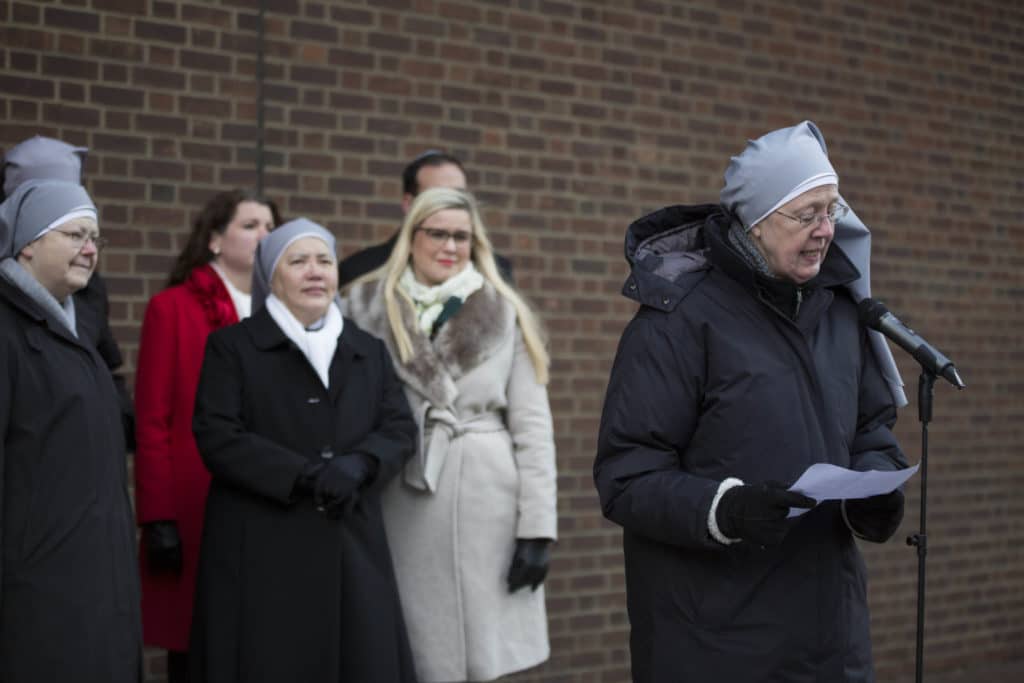 WASHINGTON, D.C. – This morning, the Little Sisters of the Poor waited outside a Philadelphia courthouse while a hearing inside decided their fate. Pennsylvania Attorney General Josh Shapiro is suing the federal government to take away the Sisters’ religious exemption from the HHS contraceptive mandate. Shapiro says that the Little Sisters and others who would be affected if he wins have no say in court over what happens to their rights. Today supporters gathered outside the Philadelphia court to support the Little Sisters in this case, where Mother Loraine Marie Maguire addressed the crowd.

In early October, HHS issued a new rule that protects the Little Sisters of the Poor and other religious non-profits from providing services in their healthcare plans that violate their faith like the week-after pill. The Little Sisters’ four-year legal ordeal seemed close to an end but now Pennsylvania’s lawsuit threatens the Sisters’ rights again. Just last week, Pennsylvania obtained a court order keeping the Little Sisters from joining the case to defend their hard-won rights. Becket immediately appealed that order to the Third Circuit.

“We are hopeful that the court will rule as the Supreme Court ruled, that the government doesn’t need us to do its work. As Little Sisters of the Poor, all we want is to follow our calling to love and to serve and finally put this legal ordeal behind us,” said Mother Loraine Marie Maguire, mother provincial of the Little Sister of the Poor.

Oral argument took place in federal district court in Philadelphia to decide if the protection for the Little Sisters will stand. A similar hearing took place on Tuesday in Oakland, California where supporters rallied outside the courthouse in support of the Little Sisters.