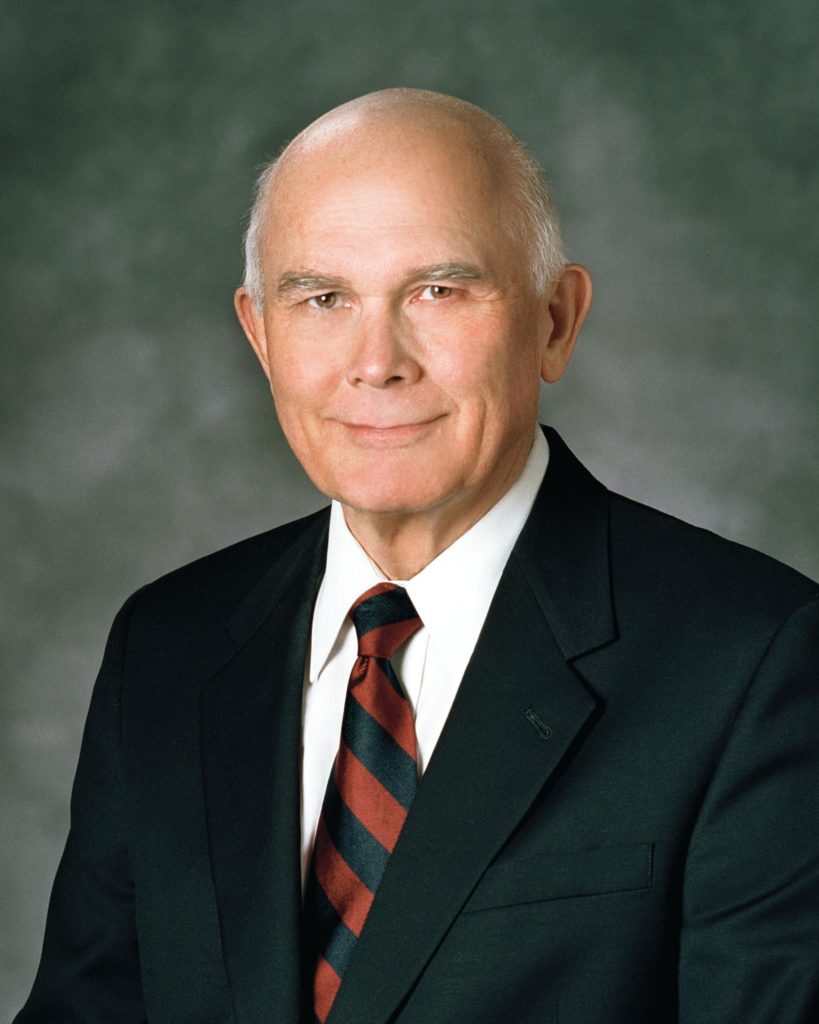 Elder Dallin Oaks, a member of the Quorum of the Twelve Apostles of The Church of Jesus Christ of Latter-day Saints and recipient of the 2013 Canterbury Medal, delivered the keynote address at Utah Valley University’s Constitutional Symposium on Religious Freedom two days ago. Offering mutual understanding, accommodation, and goodwill among neighbors of all faiths as the solution to conflict, Elder Oaks conveyed an encouraging optimism for the future of religious freedom. He also gave a welcome shout out to the Becket Fund.

He first disclosed that he hoped to speak – not just as a leader of his own church – but on behalf of all religious people, as he discussed how our nation’s constitutional guarantees of freedom of speech and religion were diminishing. He cited examples such as so-called “hate speech” criminalization, pressures for political correctness, and “the rhetoric of anti-religious bigotry” surrounding California’s Prop 8. He linked these violations of free speech to free exercise, saying, “Religion is being marginalized to the point of censorship or condemnation.”

“I submit that religious leaders and religiously motivated persons should have the same privileges of speech and participation as any other persons or leaders and that churches should stand on at least as strong a footing as any other corporation when they enter the public square to participate in public policy debates. The precious constitutional right of free speech does not exclude any individual or any group, and the exercise of that right with religious speech is especially protected in view of the companion guarantee of the free exercise of religion.”

Despite these concerns, his overarching message and conclusion to his address was “a message of hope”:

“One reason for optimism is that the threats to religious speech and religious freedom have become so notorious that our citizens are beginning to be concerned. A recent study showed that one-fourth of all Americans consider religion to be the most threatened of the First Amendment freedoms.”

“On the organizational front, we are pleased with the timely founding and remarkable success of such religious freedom advocacy organizations as the Becket Fund for Religious Liberty.”

“Such hopes can only be realized by concentrating on what we have in common, by striving for mutual understanding, by treating all our neighbors with goodwill, and by exercising patience. It is a time of hope for mutual respect and accommodation, but it is up to you and me to make it happen.”

He also noted how religious leaders of different faiths —Catholic, Jewish, Muslim, Protestant, and The Church of Jesus Christ of Latter-day Saints—are “coming together in unprecedented ways” to defend religious freedom.

You can read the full transcript of his speech here or watch the video here.