In October 2020, Young Israel of Tampa, an Orthodox Jewish synagogue, submitted an ad to the Hillsborough Area Regional Transit Authority (HART) seeking to advertise its annual celebration of Chanukah. HART rejected the ad because it was religious—and it has a policy banning all ads that promote alcohol, tobacco, illegal drugs, obscenity, nudity, pornography, politics, and religion. After Young Israel appealed to HART’s CEO, HART said it would run the ad only if it censored all references to a central feature of the Jewish celebration of Chanukah: the menorah. When Young Israel was unwilling to strip its religious symbol from the ad, HART refused to run it. Becket is representing Young Israel in its lawsuit against HART, arguing that HART’s Advertising Policy is not only religiously offensive but also violates the First Amendment.

On February 5, 2021, Young Israel of Tampa filed a lawsuit against HART in the United States District Court for the Middle District of Florida. On January 26, 2022, the federal district court granted summary judgment to Young Israel. The court found that HART’s ban on religious advertisements was both discriminatory and standardless. The court also ordered that HART’s religious-ad ban should be permanently prevented from being enforced. 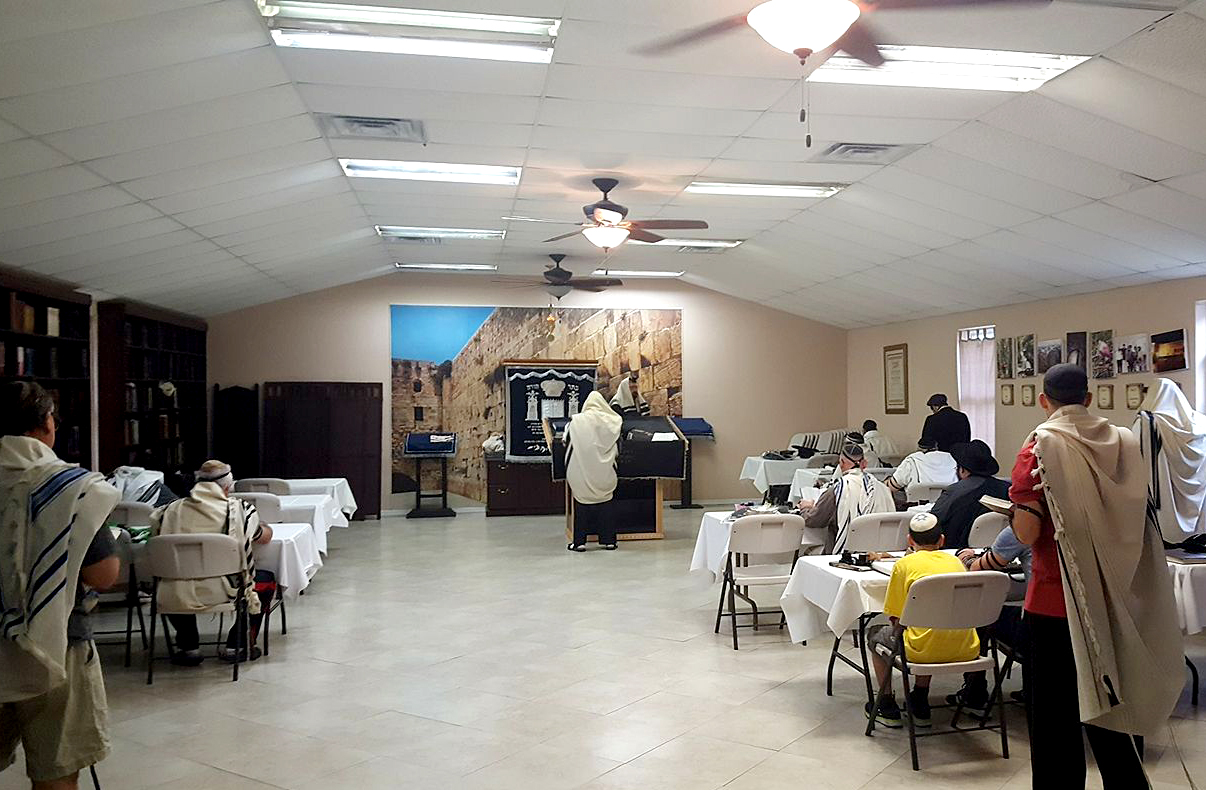 Young Israel of Tampa is an Orthodox Jewish synagogue serving the growing Jewish population of Tampa, Florida. For decades, Young Israel has hosted many events to share the Jewish faith with the community—such as Chanukah celebrations, Passover Seders, and more.

For the last fourteen years, Young Israel has hosted a community celebration called “Chanukah on Ice.” This family-friendly event features ice-skating, food, music, a raffle, and the lighting of an ice-sculpted menorah—one of the central symbols of Chanukah.

In 2020, Rabbi Rivkin, vice president of Young Israel, sought to advertise Chanukah on Ice on a nearby bus route operated by the Hillsborough Area Regional Transit Authority (HART). The proposed advertisement included an image of a menorah and invited community members to enjoy “ice skating to Jewish music around the flaming menorah.”

HART, however, refused to run the ad, stating that it “does not allow religious affiliation advertising, as well as banning adult, alcohol, tobacco, and political ads.” When Rabbi Rivkin appealed to HART’s CEO, he was told that Young Israel should strip the central religious image from the ad and delete all reference to the lighting of the menorah—deeply offensive changes that were not possible for Young Israel to make.

HART’s ad policy is unconstitutional because it expressly discriminates against religion, banning religious speech on government property. It is also bad policy. It tells religious organizations that they are unwelcome in the public square, and it reinforces that message by grouping religious ads with ads promoting alcohol, tobacco, illegal drugs, obscenity, nudity, profanity, politics, pornography, discrimination, and violence. The First Amendment gives special protection to religion; Tampa tells religion it is unfit for public consumption.

But this isn’t just about transit advertisements. It’s about whether religious messages belong in the public square at all. If religious speech can be banned from public transit, no principle stops bureaucrats from banning religious speech in public parks. Indeed, one of HART’s officials indicated that not even Reverend Martin Luther King Jr. would be allowed to advertise his messages of hope and equality with HART.

On February 5, 2021, Young Israel filed a lawsuit against HART in the United States District Court for the Middle District of Florida. It is represented by Becket, along with the Jewish Coalition for Religious Liberty and Florida law firm Hopping Green & Sams.

On January 26, 2022, the federal district court granted summary judgment to Young Israel. The court found that HART’s ban on religious advertisements was both discriminatory and standardless. The court also ordered that HART’s religious-ad ban should be permanently prevented from being enforced.