For more than 40 years, St. Vincent Catholic Charities has been resettling refugee adults and families in the Lansing, Michigan area. St. Vincent helps refugees obtain housing, get needed medical care, find jobs, and build new lives safe from the dangers they fled. St. Vincent is the only government-designated refugee resettlement agency serving refugees in Lansing. It is also a federally recognized priority resettlement site for LGBTQ refugees. But—despite providing these crucial services to roughly one hundred refugees every year—the Ingham County Board of Commissioners (a local government entity) began a campaign of discrimination against St. Vincent in 2019. The Board retaliated against St. Vincent because of a lawsuit it filed against the State of Michigan (Buck v. Gordon), and has publicly criticized the agency’s sincere religious beliefs about marriage. The Board has already excluded St. Vincent from a program that helps agencies provide social services, and is threatening to stop partnering with St. Vincent—putting crucial services like refugee health care at risk. Several Commissioners stated publicly that the only reason they don’t want to work with St. Vincent is because they disagree with the agency’s sincere religious beliefs that are at issue in Buck—a separate and unrelated lawsuit regarding foster care and adoption. These retaliatory actions were taken despite the fact that St. Vincent cares for every refugee that comes through its doors. No religious person or group—no matter how popular or unpopular their religious views may be—should be punished for using the law to defend themselves in court. Without St. Vincent’s refugee resettlement ministry, newly arriving refugees will lack even the most basic services necessary to help them adjust to life in Lansing. Becket is defending St. Vincent against the Ingham County Board’s discriminatory actions so that it can continue doing what its faith compels it to do: being God’s hands and feet for the orphan, the widow, and the refugee.

On March 7, 2022, the district court ruled for St. Vincent Catholic Charities, protecting its ministry. St. Vincent is now awaiting what relief it will receive from the Court. 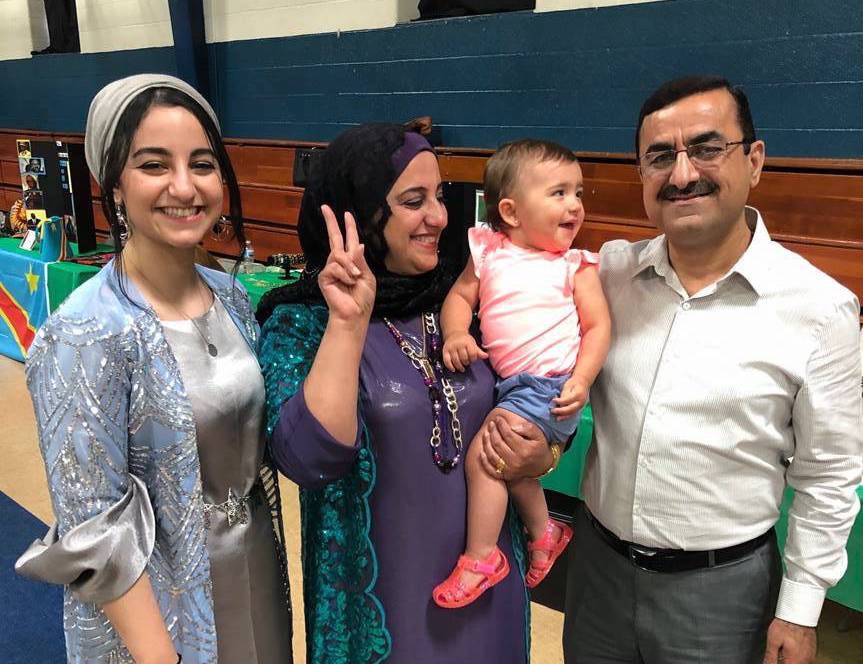 Whatever you do for the least of my brothers

St. Vincent Catholic Charities is driven by faith to minister to the community of Lansing, Michigan. As a Christian organization, St. Vincent believes in the biblical commandment that it must care for the orphan, widow, and refugee.

Accordingly, for more than 40 years, St. Vincent has been providing crucial services to all refugees who have resettled in Lansing. Volunteers and staff do everything they can to make refugees feel safe and welcome in their new, unfamiliar home—from picking refugees up at the airport and locating safe, affordable housing to providing cultural orientation, computer training, and job search services.

St. Vincent is the only government-designated agency that provides these services to refugees in Lansing, and is a federally recognized priority resettlement site for LGBTQ refugees—often serving those who fled their homeland due to persecution for their sexual orientation.

Caring for the stranger in our midst

No other agency in Lansing has the capacity, experience, and community access to provide the vital refugee resettlement services available through St. Vincent. Without St. Vincent, around one hundred refugees will arrive in Lansing each year without the tools necessary to thrive in the United States.

But in 2019, the Ingham County Board of Commissioners decided to exclude St. Vincent (and only St. Vincent) from a program that helps provide social services to refugees in Lansing, despite the fact that the Board has said repeatedly that St. Vincent provides excellent services. Further, the Board threatened to end its partnership with St. Vincent, thus putting crucial refugee health services at risk. The Board had done all this in explicit retaliation for St. Vincent’s ongoing lawsuit against the State of Michigan. In that case, St. Vincent challenged Michigan’s discriminatory policies regarding the provision of foster care and adoption services (Buck v. Gordon).

The Ingham County Board of Commissioners’ actions violated the First Amendment. The U.S. Constitution prohibits both religious discrimination and retaliation by government officials against those who have the courage to defend their First Amendment rights in court. Ingham County Commissioners have even called St. Vincent “morally bankrupt” and made numerous false allegations about the agency at public meetings. The government cannot discriminate against an organization simply because it dislikes the agency’s sincere religious beliefs. The Board admitted that St. Vincent’s refugee services are excellent and that the only reason it wanted to break ties with St. Vincent is because it disagreed with the Catholic agency’s sincere religious beliefs at issue in a separate lawsuit. St. Vincent’s religious beliefs, and its refugee services, should not be threatened for the sake of scoring cheap political points.

On March 7, 2022, a Michigan district court ruled for St. Vincent, saying, “the Board has singled out St. Vincent, not for its compelling interest in advancing certain community programs, but to punish St. Vincent for its religious beliefs.” St. Vincent will soon receive a determination on what relief it will receive given the Board’s discrimination.