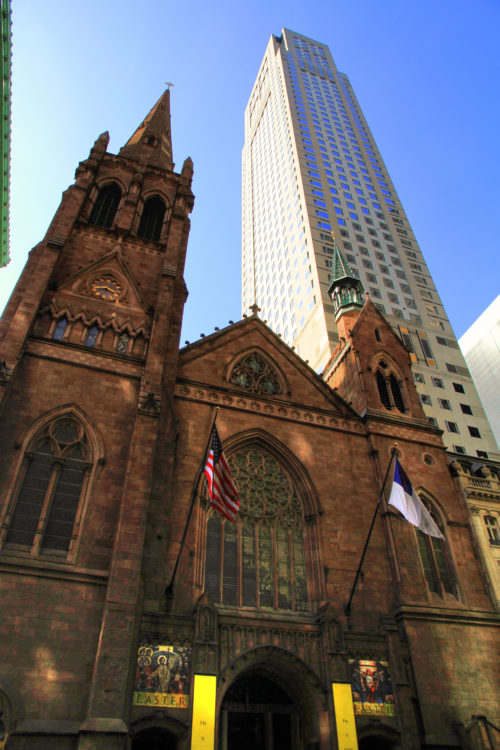 The homeless in New York can always count on Fifth Avenue Presbyterian Church to find a place to rest.

For years, the church has welcomed homeless people to sleep on the steps and sidewalk of its property as part of its religious mission. The church also operates a homeless shelter inside its basement, but that space is limited to just ten elderly people. Thirty more homeless individuals regularly sleep outside the church doors. The church has a sign that says “This is God’s House, All are Welcome.” And they mean it.

But in 2001, city officials decided they could no longer tolerate the church’s policy. They roused the homeless people from their sleep and cleared the steps and street. Represented by Sidley Austin Brown & Wood, LLP, the church sued the city for violating their right to put their faith into practice by serving those less fortunate – as protected in our Constitution and by the Religious Land Use and Institutionalized Persons Act (RLUIPA).

In January 2002, a judge ruled that the city could not remove the homeless on the steps of the church, but that they could remove homeless who were on the sidewalk, which the church also owned. Not taking no for an answer, the city appealed.

In March 2002, Becket filed an amicus brief on behalf a number of religious groups, including the Baptist Joint Committee on Public Affairs, the Christian Legal Society, the General Assembly of the Presbyterian Church (USA), the Council of Churches of the City of New York, the General Conference of Seventh-Day Adventists, the Interfaith Assembly on Homelessness and Housing, the Queens Federation of Churches, and the Rutgers Presbyterian Church.

In June 2006, the court protected the church, stating that providing homeless with outdoor sleeping space is sincere religious practice, which is protected by the Constitution.