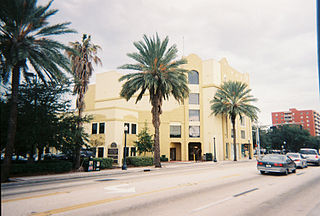 The Atheists of Florida hauled the City of Lakeland into court for opening their meetings with Christian prayer – a practice that dated back more than 60 years. After the city commission opened the invocation to all faiths, the district court ruled that the legislative prayer practice was permissible. The Atheists of Florida then appealed the case to the Eleventh Circuit Court of Appeals, where they argued that some prayers contained language that was “too” Christian.

The city’s formal policy was elaborately developed to ensure that all faiths have an opportunity to participate and no favorites were picked. In fact, the city developed an exhaustive list of congregations in the county to invite to give the invocation. They created a list of more than 600 diverse religious organizations, spending approximately $1,500 a year to ensure that the net was cast as wide as possible.

Nevertheless, the Atheists still wanted all “sectarian” references stripped from the prayers. In other words, don’t say “Jesus.”

But Supreme Court precedent is clear that legislative prayer – which traces its roots to the Continental Congress in 1774 – is constitutional as long as the prayer is not used to proselytize, advance one faith, or disparage another. So, groups that want to put an end to this American tradition are trying a new tactic. They’re saying that legislative prayer is okay as long as it is stripped of any specific religious references.

GrayRobinson, P.A. represented the City of Lakeland. Becket filed an amicus brief providing the Eleventh Circuit with a thorough historical analysis of legislative prayer. The brief noted that the Atheists essentially wanted to hollow out Supreme Court precedents “to exclude prayers that reflect the faith of the person praying” and that their approach would actually “invite courts to engage in amateur theological inquiry that could itself violate the Establishment Clause.” The court reached a similar conclusion and upheld Lakeland’s policy.