Teen’s Defense of ‘Under God’ in Pledge Just Won Big

Jones and Knights of Columbus Brief for Motion to Dismiss in AHA v. Matawan-Aberdeen 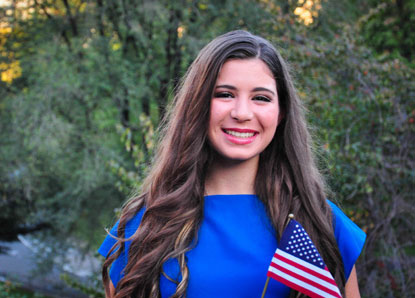 On March 31, 2014, the American Humanist Association (AHA), a group of hypersecularist atheists, partnered with New Jersey atheists to rip the words “under God” out of the Pledge of Allegiance. The complaint marks their second state level assault on the Pledge. The first suit—a Massachusetts based challenge that raised identical claims—was unanimously rejected by Massachusetts’ highest court.

Becket vindicated the Pledge in Massachusetts, and is committed to doing the same in New Jersey. On July 28th, 2014, Becket intervened on behalf of three New Jersey public school students, their parents Frank and Michele Jones, and a fraternal organization called the Knights of Columbus.

Each argument offered by the atheists has been overwhelmingly rejected in every state and federal challenge leveled against the Pledge to date. At root, the AHA’s suit is based on one critically flawed assumption: that the phrase “under God” is a theologically charged religious statement.

For over a decade, Becket has demonstrated the fallacious nature of that assumption. The phrase “under God” encapsulates America’s unique political philosophy that grounds human dignity and fundamental rights in an authority higher than the State. Consequently, historic appeals to “Nature’s God” in the Declaration of Independence, Washington’s Farwell Address, and Lincoln’s Gettysburg Address are not primarily religious. By adding “under God” to the Pledge of Allegiance in 1954 (reaffirmed in 2002), Congress sought to contrast the mutually exclusive conceptions of human rights envisioned by the United States and the U.S.S.R.

Courts have recognized that the Pledge is constitutionally permissible because it uses the phrase “under God” as a statement of political philosophy, not theology. So far, Becket has successfully defended the Pledge of Allegiance in the First Circuit, the Ninth Circuit, the Massachusetts’ Supreme Judicial Court, and the United States Supreme Court.

Removing the words “under God” would prevent the Pledge from reminding children that citizens have inalienable rights; rights that the State cannot trample because “a power greater than the government gives the people their inalienable rights.” That guiding principle protects the rights of every American. Now is hardly the time weaken the philosophy that has guided this Republic since its Founding.

On February 6, 2015, Samantha Jones, a high school student in New Jersey, successfully protected the right of all her fellow students to continue reciting the Pledge of Allegiance in its entirety. A great victory for religious freedom. On April 13, 2015, the American Humanist Association decided not to appeal Samantha’s victory, marking Becket’s fifth victory in a row defending the words “one nation under God.”