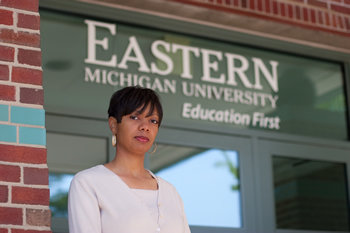 Ward was expelled for trying to use a patient referral mechanism that other student counselors were allowed to use. Her sin?  She wanted to refer patients for religious reasons; she felt she could not provide good-faith relationship advice to same-sex couples because of her religious beliefs. The university allowed student counselors to refer patients for all sorts of other reasons, and Ward violated no written university policy; Ward was simply being targeted.

The university earned a rebuke from the Sixth Circuit, which ruled that the university was “permitting secular exemptions but not religious ones” and “failing to apply the policy in an even-handed, much less a faith-neutral, manner to Ward.” This reasoning echoed Becket’s amicus brief in the appeal.

Ward v. Wilbanks is another example of government officials using their power to force ideological conformity onto those who dissent from academic pieties. The university’s decision to give up, pay Ward, and issue her a clean academic record indicates that the First Amendment is still a bulwark against the bureaucratic urge to squelch diversity of ideas – but it is a bulwark that still requires defenders.