Faith Bible Chapel is a church in Arvada, Colorado, with an outstanding track record of holistically serving their local community. Their K-12 school, Faith Christian Academy, equips students with an excellent education so they can passionately represent Christ. To accomplish this mission, Faith hires leaders and educators who commit to the church’s Christian faith in both word and deed. Gregory Tucker was the school’s Chaplain and a Bible teacher who students looked up to for religious leadership. But in 2018, he led a chapel service on race that became too political and handled an ensuing conflict in a way that undermined the trust that the school and parents had in him. Mr. Tucker then left Faith Christian and sued the school in federal court. Becket is defending Faith’s right to freely choose its religious leaders without government interference.

A divided panel of the Tenth Circuit ruled 2-1 against Faith Bible on June 7, 2022. Becket appealed and asked the full court to reconsider, but the Tenth Circuit denied the request on November 15, 2022, over a dissent from Judges Bacharach, Tymkovich, and Eid. The deadline for seeking review from the United States Supreme Court is in February 2023. 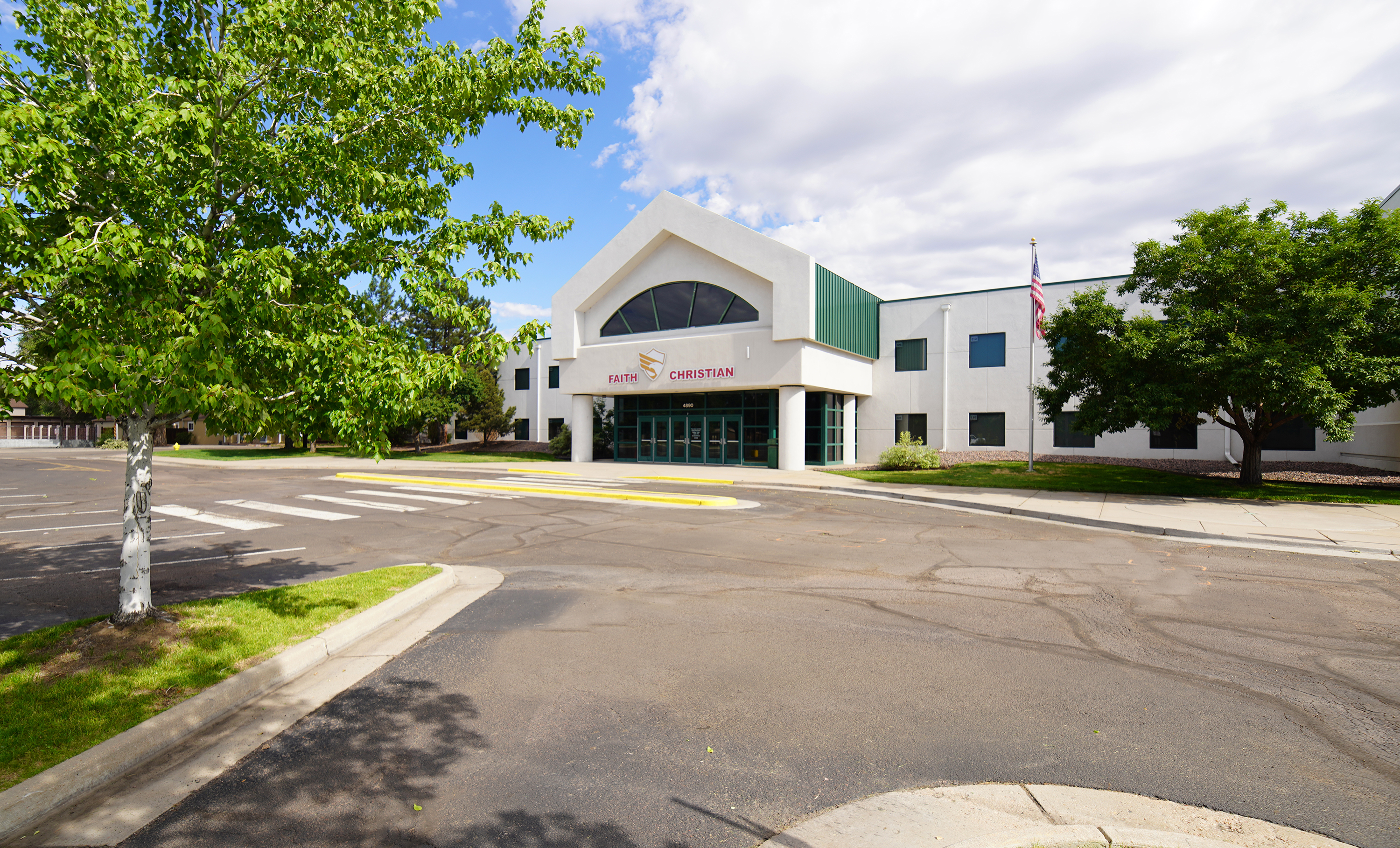 Faith Christian Academy is a Christian K-12 school operated as a ministry of Faith Bible Chapel, a church in Arvada, Colorado. For years, the local community has repeatedly selected Faith Christian as the best school in the city, with the best teachers, best leadership, and best service to parents and students. Faith Christian provides a top-notch education, academically outperforming other schools and sending 90% of graduates to college. And for over 50 years, the school’s focus—like the Church’s—is to prepare students to live out the Gospel in a sincere relationship with Jesus Christ.

Faith Christian provides an intentionally Christian environment, with Bible classes and weekly Chapel services required for all students as part of the regular curriculum. In addition, every educator must uphold and abide by Faith Christian’s Statement of Faith and teach all subjects from the church’s biblical perspective.

One of Faith Christian’s explicit fundamental beliefs is that every person is created in the image of God. The school lives this out by opening its doors wide to students in its community who want a quality Christian education and partnering with local nonprofits to provide full scholarships to underprivileged students. Faith Christian also provides a variety of outreach programs within the local community and abroad. For instance, it partners with the Denver Dream Center, a nonprofit committed to helping the poor, to serve thousands of children by providing educational resources and one-on-one tutoring, and supports building safe neighborhoods through the Adopt-A-Block campaign. Every week, Faith also serves hot meals to those struggling in its local community, and recently partnered with the USDA’s Farmers-to-Families program to provide over 215,000 pounds of food to Arvada families. Globally, Faith has supported refugees fleeing the war in Afghanistan, raising tens of thousands of dollars and helping to place Afghan families within the Arvada community.

Faith Christian students are personally involved in Faith’s ministry. Students have participated on school mission trips to construct homes in Costa Rica, provide clean water for communities in Senegal, and build a church in the Amazon jungles of Peru.

As school chaplain, Gregory Tucker was responsible for the students’ spiritual wellbeing. He also taught Bible classes on topics such as Christian leadership and the foundations of the Christian faith. He held a position of religious leadership in the school and was entrusted to represent its faith wisely. One of his duties was leading weekly chapel services, which included planning religious teaching, coordinating worship, and often personally leading prayer. But during one of these services in 2018, Tucker allowed a chapel service on racial reconciliation to become too political. And after he failed to handle the situation in a way that restored trust with parents and students, Tucker left Faith Christian.

Faith Christian bans racial discrimination, welcomes students from all backgrounds, and fosters an environment that discourages divisiveness while encouraging loving conflict resolution. But Tucker forgot to keep practicing what he’d been preaching, filing a federal lawsuit against the school and making outrageous claims of racism against his former students, an unusual charge against a student body taught to uphold the opposite. And Tucker’s lawsuit was flawed from the start: the First Amendment doesn’t allow religious leaders to settle religious disputes in federal court, since using courts as leverage in religious disagreement hurts both church and state.

To evade the First Amendment, Tucker began claiming that he wasn’t a religious leader. His lawyers described his chapel services as “pep rallies,” and his Bible courses—which he said were meant to ensure students “grow personally in devotion to Christ”—as merely “comparative religion” classes that treated all religions as the same. Tucker even claimed that he was primarily a science teacher, when 51 of the 53 courses he taught over his final eight years at Faith Christian were in the Bible department, and when half or more of his time every day was spent on his Chaplain duties.

A divided three-judge panel of the Tenth Circuit ruled that a jury would have to decide whether a “chaplain” was a minister under the First Amendment, the first court in the country to reach that conclusion. One of the three judges disagreed. The panel’s ruling directly conflicts with rulings from the Supreme Court and numerous other federal appeals courts. On June 21, 2022, Becket asked the full Tenth Circuit to hear Faith Bible’s case en banc. Even though a diverse coalition of minority faith groups, religious school organizations representing thousands of schools, leading legal academics, and sixteen states filed briefs supporting Faith Bible’s request to rehear the case, the Tenth Circuit denied the request in November 2022. The deadline to seek review by the United States Supreme Court is in February 2023.