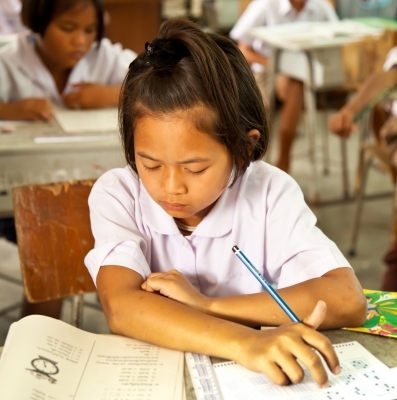 Danielle and Alexandra Darling are students in the Bakersfield City School District and observant Episcopalians. In March 2006, their mother Nona Darling followed school policy and contacted her daughters’ school to be excused at noontime in order to attend Ash Wednesday services. Following their beliefs, the Darling sisters fasted in the morning and planned to break their fast at the noon Ash Wednesday service at their church.

Instead of being allowed to miss part of the day like one would typically be excused for a dentist appointment or sick day, the school refused to grant the Darlings an excused absence and punished them for observing this important religious holiday. The school even went so far as to treat the siblings as if they were skipping school or did something illicit—even sending them a truancy letter.

The school district conveyed a message to the Darlings, and the other students, that it is wrong to honor their God according to their beliefs. This was unacceptable and unconstitutional, as students of faith should not be punished for adhering to their faith by attending church on important religious holidays.

After Becket stepped in on behalf of the Darling family, the school district backed down and not only excused Danielle and Alexandra, but also rewrote their existing excused absence policy to accommodate students of faith.