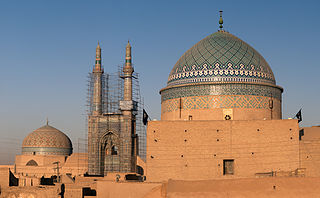 In a number of Middle Eastern countries, conversion to a religion (other than the prevailing strain of Islam) is a crime punishable by death. In countries with such laws, Christians and other religious minority groups are forced to practice their faiths in secret or risk unthinkably severe reprisal.

Tragically, those who manage to escape such authoritarian regimes and reach America aren’t guaranteed safety, thanks to an immigration bureaucracy that frequently overlooks the needs of asylum petitioners.

One such case, dealing with the flight of a Christian family from Iran, was argued and won by Becket. Having fled to the United States in 1999, the family sought the right to remain in America. In 2000, their petition was denied, followed by a second denial in 2003.

In hearings before the relevant immigration authority, Becket demonstrated that the family would be unable to openly practice their Christian faith in Iran and would likely be subject to religiously-motivated persecution. In keeping with U.S. laws and the requirements of the United Nations Convention Against Torture, the Iranian family was allowed to remain in the United States, where they may freely practice their religion in peace.

Thanks to the work of Becket lawyers, these immigrants have now been liberated from the looming threat of deportation and execution in Iran. However, we must keep their identities a secret because of the risk of reprisals.